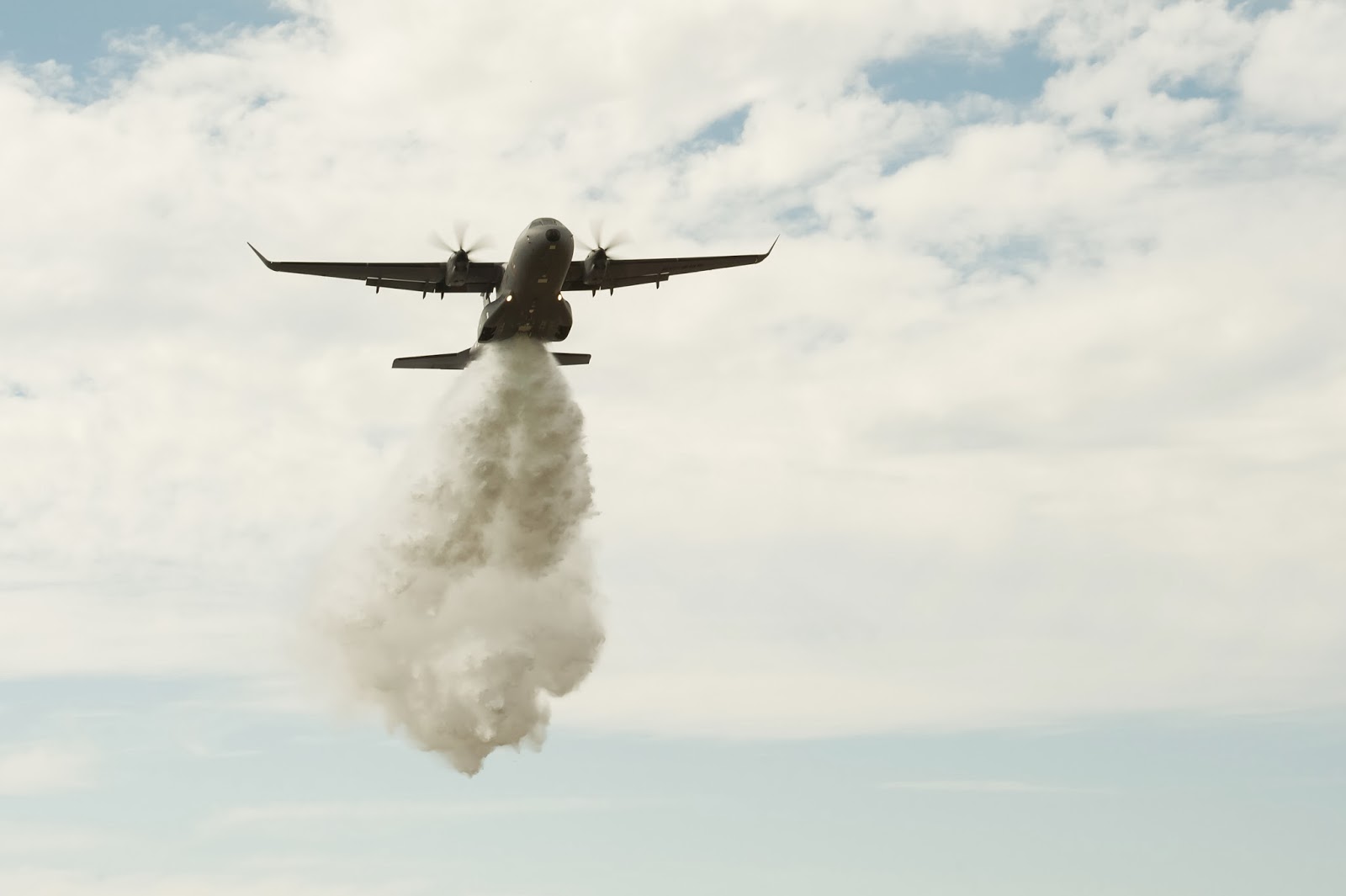 Pressure is on for Israel to improve its fire fighting fleet. A new version of the Airbus C-295 is being evaluated. In the wake of the 2010 Carmel Forest blaze that caused heavy casualties, Israel has purchased some Air Tractor 802 light fire fighting aircraft. These are operational but some experts say that they are not enough.

According to Aviation Week, Airbus Military has tested a roll-on, roll-off firefighting system for use on its C295 medium airlifter. The self-funded development program aims to widen the multi-mission capability and appeal of the twin-turboprop transport. Early trials conducted at a site near Cordoba, Spain, in October tested how the aircraft reacts when large amounts of water are released. Since then, the company has conducted further tests using the prototype C295 equipped with tanks in the rear cabin releasing water through doors installed in the aircraft’s belly.

In a firefighting configuration, the aircraft will be fitted with two 3,500-liter tanks in the cargo bay of the aircraft. Although the configuration requires holes to be cut into the aircraft’s fuselage, Airbus Military officials say that the belly-mounted option provides the most effective configuration for water release. Further trials undertaken at the end of November saw the aircraft flying seven water drop sorties.
These trials involved the aircraft dropping water into a field containing hundreds of small cups spread over a wide area. These cups collect the water dropped by the aircraft and give engineers an idea of how the water is dispersed when it is dropped, and how effective the drops will be against large-scale fires. The November trials were conducted in conjunction with France’s Securite Civile agency, which is considered a potential customer of the aircraft, and the Marseille-based Ceren research agency.
Link
Publié par jkkljkljkljkl à 10:01 AM