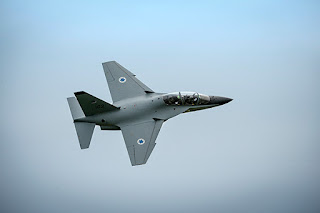 Amid growing concern that terrorists will attempt to shoot down a passenger jet, Israeli defense electronics developer Elbit Systems Ltd has successfully completed a trial of its protection system against shoulder launched missiles.

During the tests, conducted by a multi-national NATO team, a C295 aircraft with an operationally installed Elbit EW self-protection suite, consisting of the DIRCM system and the PAWS, successfully demonstrated the capability to detect, acquire, track and jam the trial test equipment on the ground, under extreme conditions. The initial assessment of the results highlighted that the system has the capability to successfully jam MANPADS (infra- red, ground to air heat seeking Man-Portable Missiles) from the first, second and third generation, using generic NATO jam codes.

The demonstration was a joint project of Elbit Systems and Airbus Defense & Space (Spain). It was widely supported by the Israeli Ministry of Defense, the Spanish Air Force and NAFAG ACG3 SG/2 (NATO Air Forces Armaments Group, Air Capability Group 3, Sub Group 2), which is the NATO group responsible for the development and validation of air platform protection solutions.

Elbit Systems’ MUSIC family of DIRCM systems provides protection for aircraft from MANPADS. These systems integrate an advanced fiber laser technology together with a high rate thermal tracking camera and a small, highly dynamic mirror turret to provide effective, reliable and affordable protection to all types of aircraft and under all operational conditions.

The PAWS family of combat proven missile warning systems uses IR to reliably and rapidly detect the most advanced threats in all flight conditions. The PAWS family is in use and under contract with more than 10 customers worldwide, in a large variety of platforms, including jet fighters, and other fixed and rotary-wing aircraft.

The MUSIC family of DIRCM systems has been extensively and successfully tested by various countries and are in full scale production for numerous customers around the world, including Germany, Italy, Brazil Israel and others. They are operational on military, VIP and commercial helicopters and other fixed-wing aircraft.

Elbit Systems is currently under contract to supply more than 110 DIRCM systems to over ten customers, for installation on 20 different fixed and rotary-wing platform types.
Link
Publié par jkkljkljkljkl à 4:26 PM No comments: 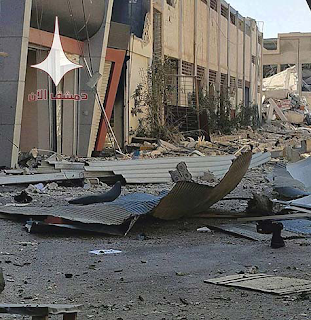 Israeli fighter jets bombed targets near the international airport in Damascus, Syrian opposition sources and media outlets affiliated with President Bashar Assad's regime reported on Wednesday. It was the second report of an Israeli airstrike in Syria since the start of Russia's military intervention on behalf of Assad in September. None of the reports of an Israeli strike has been officially confirmed by either the Israeli or the Syrian governments.

According to the reports, explosions were heard in the pre-dawn hours on Wednesday in the vicinity of the airport, causing a power outage in the area and a temporary cessation of flights. The reports also included supposed photographs of the damage caused by the alleged Israeli airstrike.

Since the civil war began in Syria, foreign media outlets have attributed several airstrikes in the war-ravaged country to Israel. The previous report about such a strike came on Oct. 31, when it was said that Israel had hit several Hezbollah targets. Israeli officials never formally confirmed those attacks, while Israel has also made it clear it has no intention of involvement in the conflict as long as its red lines are not crossed.

In an interview with The Washington Post last June, Defense Minister Moshe Ya'alon said, "Our policy is on the one hand not to intervene, on the other hand to keep our interests." 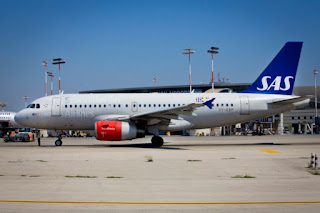 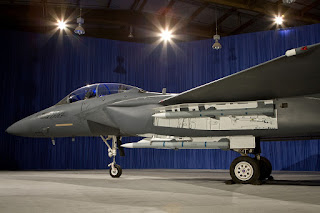 
Within the framework of talks over the "compensation package" of military aid the U.S. is set to offer Israel in the wake of the Iran nuclear deal, Israel has, according to foreign reports, asked to receive the stealth version of the F-15 fighter plane, the F-15SE Silent Eagle.

This request by Israel was reported by a number of foreign media outlets, including Flightglobal.com. Israeli officials declined to confirm the reports.

The F-15SE was meant to be Boeing's answer to Lockheed Martin's F-35 stealth fighter plane, but Boeing has as yet not found a buyer for it.
Link
Publié par jkkljkljkljkl à 12:44 PM No comments: 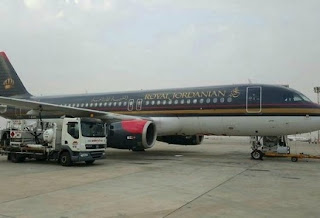 Royal Jordanian flight from Dubai to Amman diverts to Ben-Gurion International Airport Wednesday after running low on fuel • Incident is unusual, as United Arab Emirates does not have diplomatic relations with Israel.

The plane, an Airbus 320, was carrying 66 passengers and crew members.

Running low on fuel after weather conditions prevented the plane from landing in Amman, the flight crew requested permission to land in Tel Aviv. Permission was granted and the plane landed on Runway 21 at Ben-Gurion International Airport around 3:15 p.m.
Link
Publié par jkkljkljkljkl à 11:40 AM No comments: 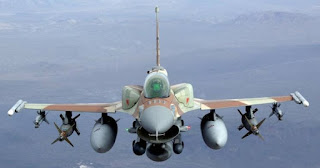 Israeli Air Force jets scrambled to the Golan Heights Friday morning after what turned out to be a helium balloon was spotted flying from the direction of neighboring Syria.

The air force is on high alert after last week’s incident when an Israeli-Arab man paraglided into Syria, allegedly of his own initiative, to join a rebels group.

On Saturday night, large military forces were mobilized to the Golan Heights border after one of the military’s lookout positions along the border with Syria spotted a paraglider crossing from Israel and landing in Syrian territory in an area controlled by a rebel group affiliated with al-Qaeda.

The man, a 23-year-old from Jaljulia, crossed the border in order to join a terror group based in Syria, the Israel Defense Forces said.

According to the Hebrew-language news website Ynet, the man landed in the south of the Syrian Golan Heights near the Jordanian border. The area is controlled by jihadist group Shuada al Yarmouq, made up of al-Qaeda defectors.

The group has in the past pledged allegiance to Islamic State, and has been fighting the al-Nusra Front, a local affiliate of al-Qaeda that is today the dominant rebel group in the Golan.
Link
Publié par jkkljkljkljkl à 1:51 PM No comments: