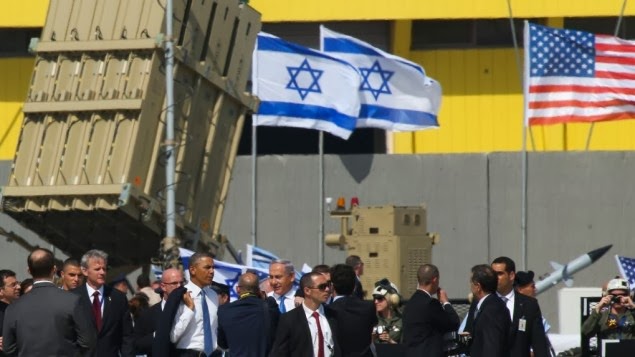 The United States and Israel signed an agreement last week to “continue support of the production of the Iron Dome weapon system,” according to a statement over the weekend from the Missile Defense Agency of the US Department of Defense.

“The Iron Dome system is capable of intercepting and destroying short-range rockets, and mortar and artillery shells, and is an invaluable component of Israeli missile defense,” the statement reads. “During Operation Pillar of Defense in 2012, Iron Dome was credited with saving countless Israeli lives, and was called a ‘game-changer’ by many Israeli policy-makers.”

The agreement, concluded last Wednesday, “ensures continued US funding for procurement of Iron Dome systems and interceptors, and provides for significant co-production opportunities for US industry. Under the terms of the agreement, $429 million will be transferred immediately to Israel to support Iron Dome procurement.”


The statement cites the “strategic value” of the agreement for both Israel and the US. “Israel will obtain valuable resources to contribute to its defense and US industry will receive meaningful co-production opportunities for Iron Dome components,” it reads.
US funding for joint US-Israeli missile defense programs came under scrutiny last week amid reports that US President Barack Obama’s budget for fiscal year 2015 gutted funding for the US-Israel missile defense partnership.
But the funding for missile defense was intact, Jewish groups said last Thursday, adding that it was the responsibility of Congress, not the White House, to bring funding up to previous years’ levels.
In the presidential budget proposal submitted for fiscal year 2014, the amount requested for missile defense projects, including the Arrow programs, was $95 million, while this year, the president requested that Congress approve $96.8 million for the same budget item.
An AIPAC source told The Times of Israel that the 2015 budget request is consistent with previous budget submissions and that the organization would work with Congress as the process moves forward to ensure that funding levels continue to support American-Israeli missile defense programs.
In previous years, including 2014, Congress added additional funds beyond those requested by the president.
In 2014, Congress hiked up funding to over $268 million, and one legislative analyst said that this year’s final number would be higher than that.
Unlike the Arrow and David’s Sling programs, Iron Dome is not a joint US-Israeli program, but an Israeli-developed system whose US parts procurement is funded by the American government.
Link
Publié par jkkljkljkljkl à 8:10 PM