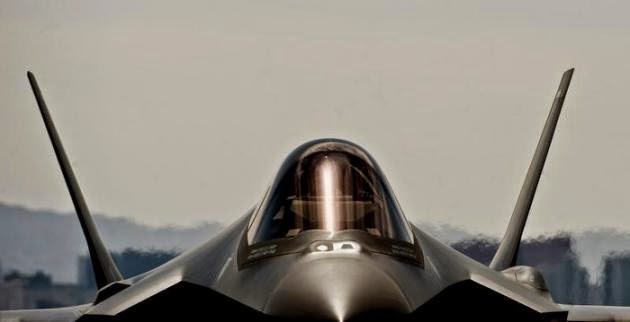 Israel has signed a deal to purchase 14 F-35 Joint Strike Fighters from the US, with the option of another 17, the Defense Ministry announced on Sunday.

In an agreement inked over the weekend, Israel will obtain the aircraft as part of a total $2.82-billion package that began with the purchase of 19 of the fighters in 2010.
The F-35, manufactured by US firm Lockheed-Martin, is considered the most expensive weapons system ever developed. With a price tag of some $110 million apiece — and development costs of over $400 billion — it has yet to enter front-line service even in the US, after a string of development problems delayed its deployment.
Considered a 5th-generation fighter, the F-35 has stealth technology giving it a very low radar signature as well as advance avionics and flight capabilities.
Included in the deal is the cost of integrating Israeli-manufactured electronics and weapons systems to work with the plane as well as logistics, support equipment and training programs.
The first planes are expected to arrive in Israel in December 2016.
Approval for the deal was given by the cabinet last December. However, the move has faced stiff opposition from Strategic Affairs Minister Yuval Steinitz, who has claimed that the money could be put to better use and has questioned the reliability of the F-35 weapons program, which has been bogged down by manufacturing glitches and other setbacks.
Among the arguments against the deal is that a multitude of enemy rockets, which could target Israel’s airfields, means the country shouldn’t rely too heavily on its combat aircraft.
Link
Publié par jkkljkljkljkl à 9:47 PM