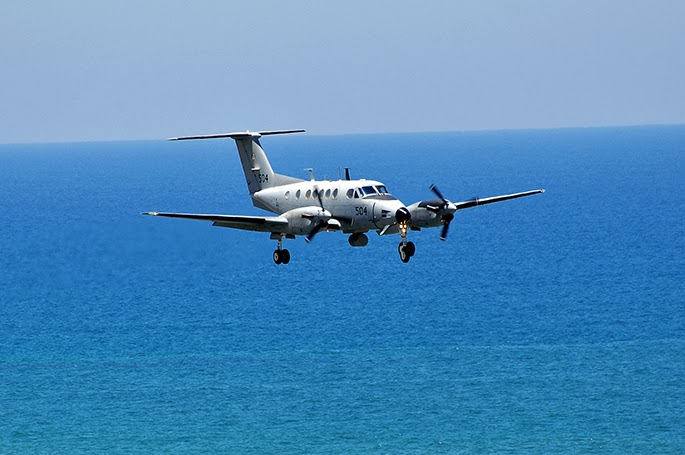 100 Sqn is not only the oldest Israeli Air Force unit.

The Squadron of the “Flying Camels” is also IAF’s most active one in terms of flying hours.
It has taken part in each war fought by Israel since 1948 War of Independence, and its spyplanes almost constantly fly over the Israel-Lebanon border, near Gaza, or wherever they are requested to collect imagery, observe ground targets and detect any Hamas or Hezbollah activity.
In fact, its task is to provide visual intelligence and targeting to make Israel’s air strikes surgical (and effective).

The squadron is equipped with the “Tzufit”, a highly modified Beech 200 Super King Air that has been packed with advanced (and mostly secret) electro-optic surveillance systems that acts as a spyplane as well as an airborne command post.

During its routine surveillance flights, the aircraft gathers data that is used to build up and update a database of ground targets: if a suspect activity or an actual rocket attack is reported inside the Gaza Strip, one of the aircraft is promptly scrambled to spot the target (if not already flying in the vicinity), identify and select it, “clean it” (confirming that there are no civilians nearby), and then live broadcast the images of the terrorists to a wide variety of “customers”, attack planes, helicopter, drones, ground patrols, that will have the task to actually destroy it.

In other words, the modified, seemingly harmless twin-turboprop plane is pivotal to the entire process that goes from the selection to the destruction of the target.


100 Sqn commander, Lt. Col. Yoav (last name was not released) was recently interviewed by the Jerusalem Post at the unit headquarters at Sde Dov airport in Tel Aviv.

What he said is interesting under several points of view.

First of all, he explained that the Beech aircraft of his squadron support army forces in Judea and Samaria, on the Gaza border, and have also flown abroad, when they have taken part to a joint exercise with the Hellenic Air Force in Crete.

Then, he highlighted the importance of manned intelligence platforms versus drones, unveiling a subtle competition with UAV (Unmanned Aerial Vehicle) crews: piloted planes can observe ground targets from a greater distances, and from higher altitudes, staying out of the envelope of surface-to-air missiles. Furthermore, the “Tzufit” turboprop are faster than drones (hence it can quickly be diverted to follow a “target of opportunity”) and is less affected by bad weather.

Once the target has been handed over to an attack platform, the subsequent strike can be called off even when a missile is already in the air on its way to the target.


“We are connected to everything happening in the Middle East,” Yoav said to the JP. “If something happens, we get involved,” and we can understand the reason.
Link
Publié par jkkljkljkljkl à 10:16 PM