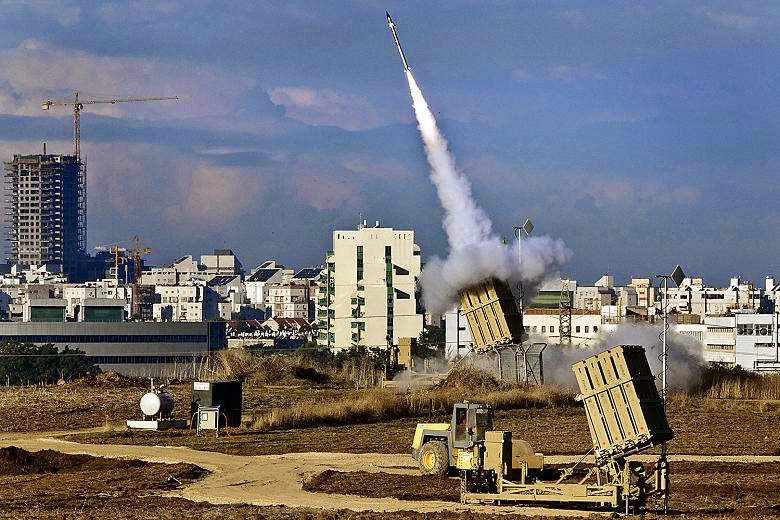 In recent days, Rafael Advanced Defense Systems Ltd. delivered the seventh Iron Dome batter to the IDF. Up until now, the army's procurement of the interceptor systems has been through a special allocation from the US government, due to its high price. Past estimates of the price of a single battery ranged from $50 million to $60 million. The batteries are connected to MRR radar systems developed and manufactured by Elta Systems, a subsidiary of Israel Aerospace Industries Ltd. (IAI). Production work on the radar was carried out in Ashdod, which is frequently on the receiving end of missiles from the Gaza Strip. The radar identifies the rockets fired at Israel, calculates their flight path, and marks the rockets likely to fall in populated areas, where they can cause casualties and property damage. The intercepting missile's command and control system, developed by Imprest, enables the Tamir interceptor to hit and destroy the threatening rocket.

The interceptor
A senior defense source recently estimated the cost of launching a missile at a threatening rocket from the Gaza Strip at $100,000. Other defense sources previously estimated the cost at "only" $50,000. This is still a significantly higher price than that of the rockets fired at Israel, whose cost ranges from hundreds to a few thousand dollars. A year ago, the foreign press reported Rafael was leading a technological improvement in the interceptor missile likely to significantly lower its price. The Tamir interceptor is made by Rafael. For obvious reasons, the defense establishment is not disclosing how many interceptors the air defense system has. Nevertheless, it can be assumed that the interceptor system has a sufficient number of Tamir missiles.

The economics of missile interception
Iron Dome's ability to distinguish the rockets likely to hit populated areas from those expected to fall in open spaces saves an enormous amount of money. If Elta's MMR radar system analyzes a rocket's flight path and rules out a hit on a built-up area, the Iron Dome system will not go into action, and will not fire an expensive interceptor missile at it. At the same time, as soon as the radar's high-speed calculations mark the rocket as a threat to a city, community, strategic facility, or a site marked as protected by the air defense system, Tamir missiles are fired at it in order to destroy it. Two missiles are frequently fired, in case a first missile misses the target missile.

The range
During its development period, the Iron Dome system was designed to provide defense against rockets with a shorter range than those seen already in Operation Pillar of Defense, and which are clearly visible in the current operation, Operation Protective Edge. The system was initially designed to defend against Grad and Kassam rockets with ranges of up to 40 km that threatened Beersheva, Ofakim, Netivot, Ashkelon, Ashdod, Kiryat Gat, and the surrounding communities. A series of upgrades, software and hardware revisions by Rafael and Elta engineers, made it possible to double the system's effective interception range, enabling it to also intercept the M-75 and M-302 rockets threatening the Dan and Sharon regions, and up to the outskirts of Haifa.  The success As of this morning, according to IDF figures, since the beginning of Operation Protective Edge, 320 rockets had been fired at Israel from the Gaza Strip. 255 of them fell in open spaces, and about 70 were intercepted by Iron Dome. In the past 24 hours, IDF officers said that the system was operating with 90% success. Similar success ratios were achieved the interception system in previous rounds of fighting between Israel and the terrorist organizations in the Gaza Strip, especially in Operation Pillar of Defense in 2012. Senior defense establishment sources and defense experts say that the great success in intercepting rockets from Gaza is very frustrating for the terrorist organizations there, which are finding it difficult to cause damage to the Israeli home front. In addition, the system's success is moderating the IDF's operations in Gaza, because with a negligible number of casualties, there is little public pressure on the government to step up its attacks in Gaza.  The next generation The Iron Dome system is only one layer of the multi-layer defense system that Israel has devised in recent years as a solution to the expanding threat of rockets and ballistic missiles, which could be directed against it in much greater concentrations in future military conflicts, such as with Hezbollah in Lebanon. Rafael is currently building the first battery of the Magic Wand (David's Sling) defense system, designed to protect the home front against heavy missiles and rockets in the hands of Hezbollah and Syria. The system has already passed a number of dramatic trials during the past year. Another defense layer that will operate above Magic Wand is the Arrow missile system, which is designed to provide a solution to the threat of ballistic missiles. In the coming years, another system based on Arrow-3 missiles will operate above the Arrow missile. The Arrow-3 is able to intercept nuclear missiles in space. In recent years, Rafael has been striving to develop a new defense system that will provide a solution for mortar shells, which Iron Dome is incapable of intercepting, due to their short range. This system, called Iron Beam, is designed use a laser beam to blow up the shells in flight.

Exports
In the past, the defense establishment has allowed Rafael to exhibit the Iron Dome system to the world through international weapons exhibitions in an attempt to obtain deals for its sale to friendly countries seeking to improve their ability to protect their home front. The US, India, and South Korea have previously been marked as possible customers for procurement of the defense system. The defense establishment's working assumption is that if Iron Dome and its accompanying systems can be exported, the defense companies can maintain a regular production capacity, thereby significantly reducing its cost to the IDF. Lowering the price to the IDF will enable the IDF to greatly increase the number of its interception batteries, depending on its operational needs in the various theaters. A special subcommittee of the Knesset Foreign Affairs Committee estimated in the past that in order to meet Israel's security needs, no less than 13 batteries are required. Defense sources recently said that, despite the enormous interest in the groundbreaking system throughout the world, there is still no signed deal for the sale of the system to a foreign customer. One of the sources explained that, other than South Korea, there were no other countries in the world where the home front was exposed to such a major rocket threat.

The prize
In 2012, the developers of the system at Rafael and the Ministry of Defense Administration for the Development of Weapons and Technological Infrastructure were awarded the prestigious Israel Defense Prize. The prize was given to the development team for its technological breakthrough, which enhanced Israel's capabilities in the war against terrorism, after senior defense officials demonstratively sneered at the system in its initial development stages because they did not believe that a rocket could be exploded in flight. While the system was being developed, many efforts were made to sell Israel a laser-based interception system called Nautilus, and efforts were also made to promote the stationing of other US-made interception systems. None of these systems has yet managed to approach the effectiveness demonstrated by Iron Dome.
Link
Publié par jkkljkljkljkl à 4:22 PM