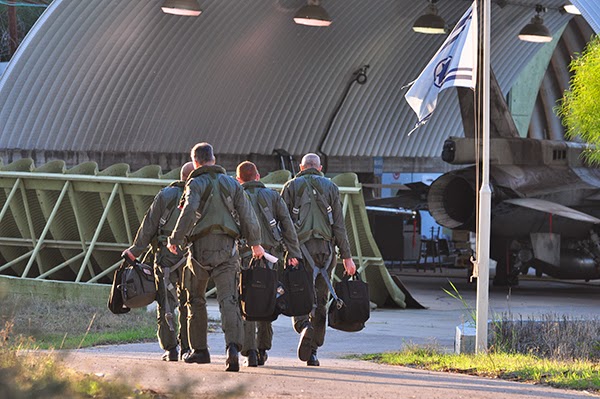 Last night, the IAF hit terrorist targets in central Gaza Strip, as part of Operation "Protective Edge". This operation comes in response to a heavy barrage of dozens of rockets that were fired last night on communities in southern Israel, including Ashdod and Gan Yavne. Soldiers from the "Iron Dome" batteries intercepted more than 10 rockets in half an hour alone.

"In light of the escalation in the Gaza Strip and the firing of rockets on southern communities in Israel over the past few nights, there have been many attack sorties carried out by fighter squadrons on base", said Colonel Nir Barkan, Commander of Ramat David airbase. "We are on high alert for any mission for which we will be needed".

According to the Home Front Command instructions to the residents of southern Israel, upon hearing the alarm or an explosion, residents must make their way to a protected space and stay there for 10 minutes.
Link
Publié par jkkljkljkljkl à 2:42 PM