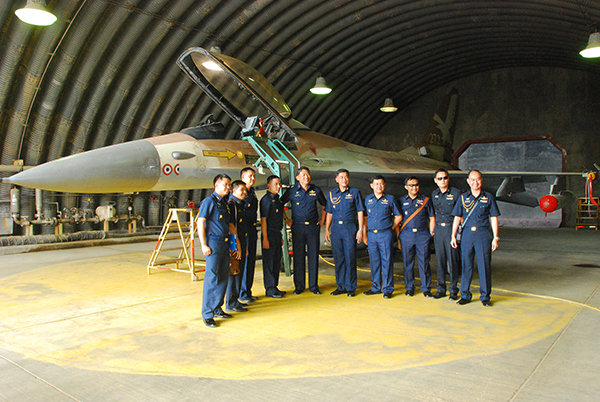 The Royal Thai Air Force has a strong bond with the IAF: six months ago, two IAF pilots flew to Thailand for a training visit to the royal force's bases. Last week, aerial Thai air crew members arrived in Israel for a visit to IAF bases

The IAF has developed many strong bonds with allies across the seas: one of the important relationships is with the Royal Thai Air Force. Accordingly, ten Thai air crew members arrived in Israel last week for a special visit around the country and IAF bases. "We came here to observe the IAF's activities, their air crew qualification process, and the technological advancements", said Colonel Napaj Dofatmia, commander of the delegation and deputy commander of the operational formation of the Royal Thai Air Force. "Regardless, this is our first visit to Israel and it completely changed my entire perception of the country. I imagined Israel in a very different way".

Once every two years, two IAF air crew members of the combat formation are sent for a visit to Thailand, in order to conduct various seminars for small groups of Thai air crew members. Their arrival in Israel is a reciprocal visit. Members of the Thai delegation visited Hatzerim and Nevatim airbases and were impressed by the IAF's Aviation Academy. "This visit is a chance for us to see things we have never seen before", added commander of the delegacy, "There are many cultural differences between both forces, yet many things to learn from one another".
Link
Publié par jkkljkljkljkl à 8:35 AM