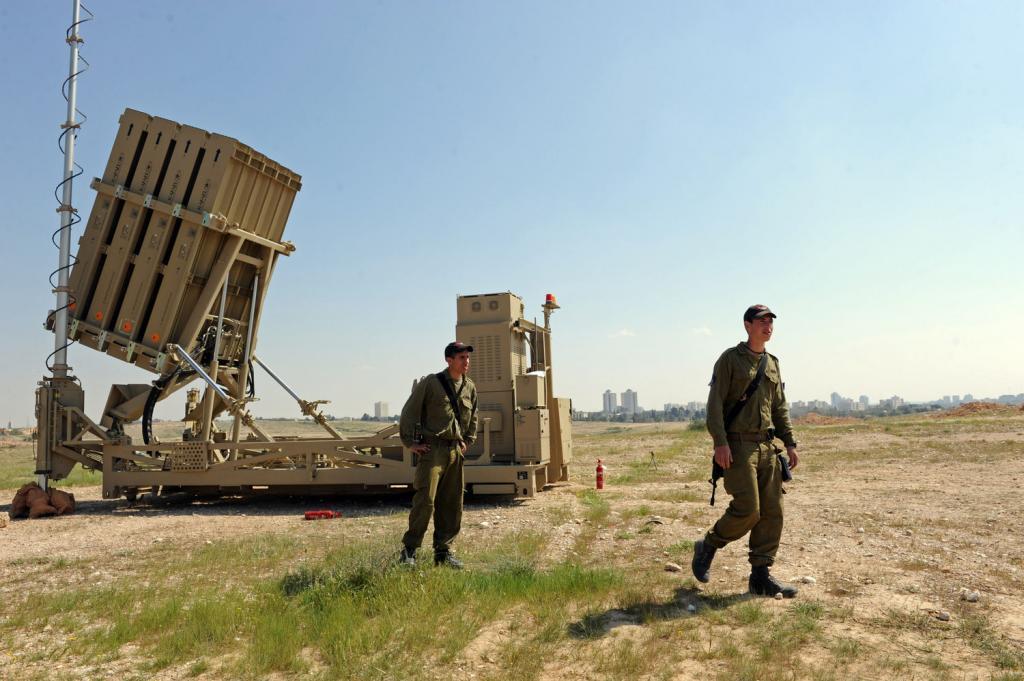 As the Middle East descends deeper into conflict, Israel's military is set to deploy its sixth Iron Dome counter-rocket battery, produced by Rafael Advanced Defense Systems, and is preparing to take delivery of the first unit of David's Sling, another Rafael anti-missile system.

The new Iron Dome battery, intended to shoot down short-range missiles like the Soviet-designed Grads used by Lebanon's Hezbollah and Palestinian militants in the Gaza Strip, has been upgraded and its range extended. That means the system, the only combat-tested weapon in the multilayered anti-missile shield Israel is building, can intercept hostile rockets earlier in their trajectory and minimize damage and casualties.

The fifth and sixth batteries received by the air force, which has control of all air defenses, are improved versions of a system that currently has a kill rate of around 85 percent of those rockets it engages. The sixth battery is expected to be deployed within two months, and could be delivered as early as July.

The Jerusalem Post reported that two further batteries could be deployed by January 2014.

Military planners have said they need 20 Iron Dome batteries to cover all of Israel, although the new-model systems, which can cover wider areas than the earlier variants and intercept multiple targets coming from different directions, may mean that fewer batteries will be required.

Israel's Defense Ministry, hit by budgetary cuts, has had to turn to Washington for funds to buy the batteries, which cost more than $50 million apiece.

The Pentagon's Missile Defense Agency included $220 million in its annual budget in March for Israel to buy more Iron Dome batteries in fiscal 2014. That was the first time the MDA had specifically sought funds for Iron Dome, underlining the U.S. Defense Department's commitment to maintain military aid for Israel, outside the $3.1 billion it gets every year, despite major cuts in U.S. defense spending.

The United States provided $205 million in 2011 for the Israeli air force to buy the first four Iron Dome batteries.

Iron Dome is the bottom tier of the four-level anti-missile shield the Israelis call "Homa," the wall, which will protect the tiny Mediterranean state against the short-range Grads, the longer range Iranian-built Zelzals and Fateh-110s possess by Hezbollah and Iran's strategic Shehab-3 intermediate–range ballistic missiles -- with more advanced Sejjil-2 weapons in the pipeline -- and Syria's Scud-D weapons. 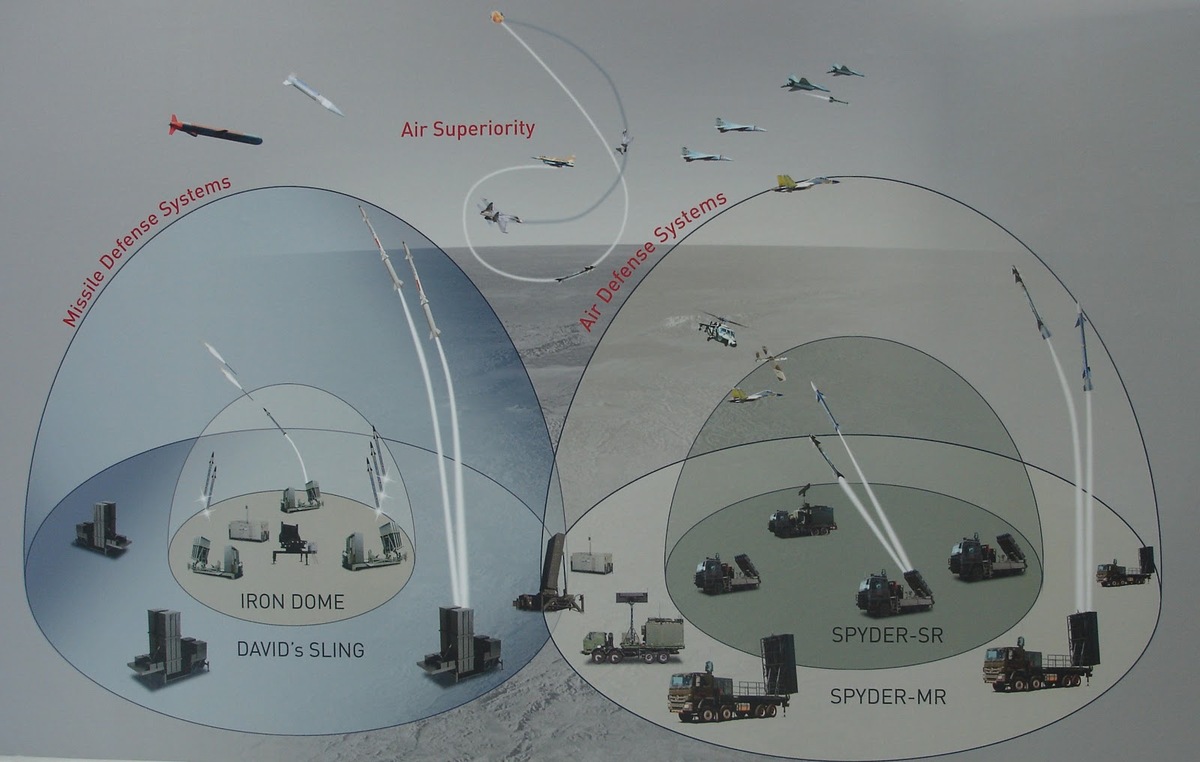 David's Sling, being developed by Rafael and the Raytheon Co. of the United States, was unveiled at the Paris Air Show this month. Until then, all that Israelis been seen of it was a brief video of a secret test in the Negev Desert of southern Israel in November 2012.

Also known as Magic Wand, David's Sling is designed to intercept medium-range missiles at a range of 100 miles.

It's the next layer in the shield above Iron Dome and underwent its first test-flight in February. It's scheduled to become operational in 2014. Each missile costs $1 million.

After that comes Arrow-2, developed by state-owned Israel Aerospace Industries. The $1 billion program was heavily financed by the Americans. Two Arrow-2 batteries are known to have been deployed to intercept ballistic missiles at high altitude and long range.

A more advanced variant, Arrow-3, is currently being developed by IAI and the Boeing Co. of the United States. It will be more powerful, capable of intercepting missiles at altitudes of 70 miles or more outside Earth's atmosphere earlier in their trajectories than Arrow-2.

The primary function of the road-mobile David's Sling system in Israel's current threat environment is to counter the medium-range missiles like the Fateh-100s that Hezbollah now has in considerable numbers north of Israel and which can reach pretty much anywhere inside the Jewish state, including all its cities and major towns.

David's Sling will be able to backstop the two Arrow variants against ballistic and cruise missiles that get past them. It can cover all of Israel from a small number of launch sites around the country.
Link
Publié par jkkljkljkljkl à 1:39 PM