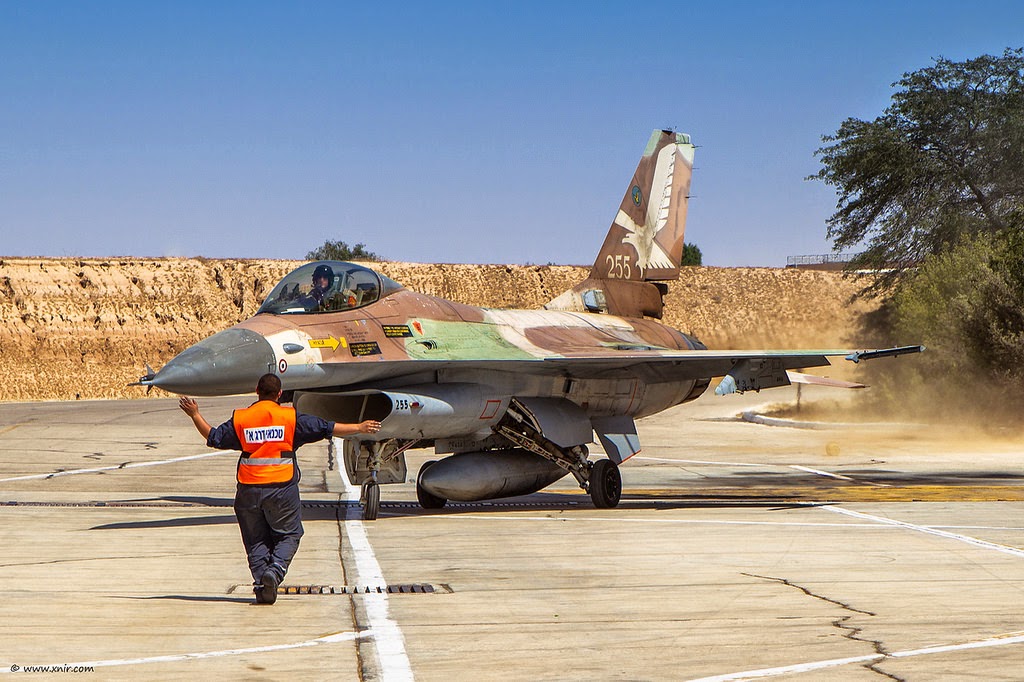 The Israel Air Force shed some light on its fighter jet reconnaissance and surveillance capabilities, revealing on Tuesday that one of its F-15 squadrons frequently uses advanced, long-range cameras to photograph enemy targets without leaving Israeli air space.

The Double Tail Knights Squadron, which flies out of Tel Nof Air Base, south of Rehovot, dedicates a significant amount of its operations to aerial intelligence gathering, senior members of the squadron said.

The targets under observation could be attacked at any time after being photographed and analyzed. “At times, the jets’ mission ends with the powerful noise of bombs, as the ground beneath them burns, and at other times, their mission is accomplished with the sound of a lone click, and the planes disappear as quickly as they appeared,” a report on the IAF’s official website said.

There are two types of aerial photography: Vertical and horizontal, Capt. M., a former photography officer who served in the squadron, said.

Vertical images are taken when the plane is flying directly over the area that is under observation, while horizontal photos, which have become far more common, can be taken from a distance.
“Today, because of threats [to aircraft], and [new] technologies that have entered the air force, we mainly use horizontal photography,” Capt. M said.

On most reconnaissance flights, fighter jets remain in Israeli air space, and take pictures of targets well beyond Israeli borders, such as a Hezbollah arms warehouse in southern Lebanon, or the location of hostile terrorist forces in Syria.

Lt. Omer, the squadron’s current photography officer, said: “Our sensors provide a very good picture, so that it’s possible to refrain from entering enemy territory, and still gather quality intelligence.”
During active combat, the squadron divides its time between attacking enemy targets and monitoring a variety of security sectors.

These include observing the combat arena and additional areas that air force intelligence believes might soon join the theater of war.

The air force has been investing increasing resources into aerial surveillance and reconnaissance. These efforts are led by the 100th Squadron, based at Sde Dov Air Base, which flies Bonanza and Beechcraft King Air aircraft in order to provide a continuous surveillance and reconnaissance service.
These planes operate alongside drone squadrons, used to help assemble a wide-reaching intelligence picture.

A fighter jet’s advantage in intelligence gathering lies in its ability to carry heavier, higher-quality sensors, and its self-defense capabilities against ground-based threats.
The visual intelligence is usually sent back to Military Intelligence, which analyzes the data, and builds up a database of targets.
Lien
Publié par jkkljkljkljkl à 10:06 PM