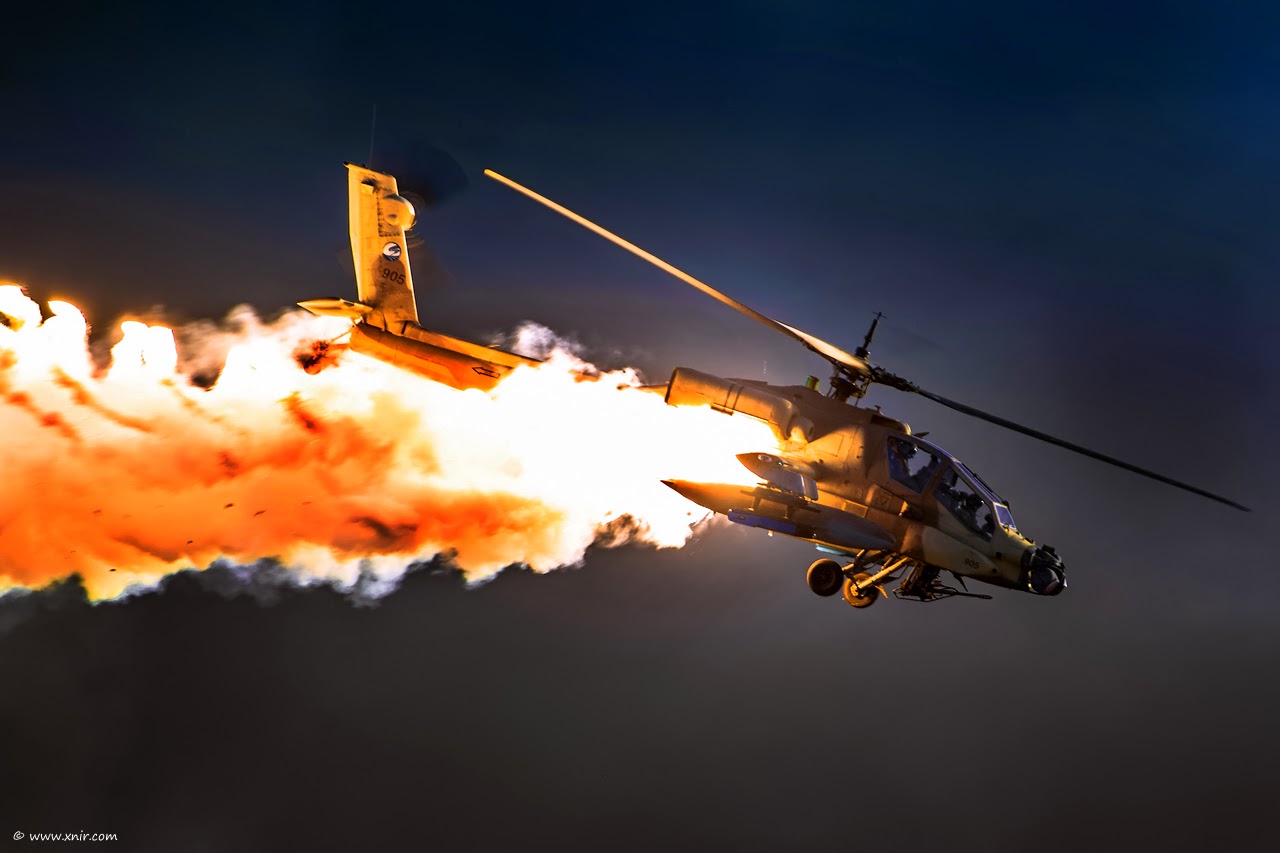 Known as “Peten” (“Cobra” in Hebrew) in the Israeli Air Force, the Boeing AH-64A is an attack helicopter that Israel has extensively used in combat since 1990s.

Involved in Lebanon and, more recently, in Operation Cast Lead, the AH-64A and D have been frequently used to patrol the skies over Gaza and to launch air strikes against insurgents/terrorists. For this reason, they also carry countermeasures against MANPADS and IR guided surface-to-air missiles.

The “Peten” in the stunning image taken on Dec. 26 by xnir can be seen salvoing flares in the dark during a demonstration flight.

Cities around the world will celebrate New Year’s Eve with fireworks. The Israeli chopper had its pyrotechnic display few days earlier.