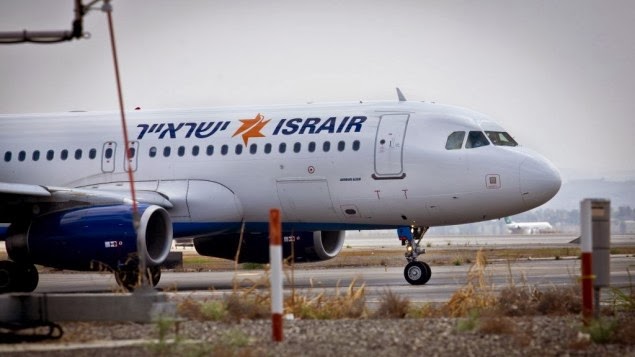 Some 20 ministers, members of Knesset and dignitaries, part of a larger Israeli delegation that traveled to Poland Monday to make International Holocaust Remembrance Day, were stuck for hours overnight on the tarmac of the military airport in Krakow because of a technical problem with their Israir plane.


The problem was reportedly with one of the plane’s wings.

Economy and Trade Minister Naftali Bennett was among the stranded passengers, as was opposition head Isaac Herzog and State Comptroller Yosef Shapira. A replacement aircraft was due to arrive in Krakow at approximately 8 a.m. Israel time, reported Israel Radio.
Several other members of the delegation had left earlier on an El Al flight, according to Walla News. It was the largest-ever group of Israeli officials to visit the Auschwitz-Birkenau concentration camp.
Bennett, Housing Minister Uri Ariel, Immigration and Absorption Minister Sofa Landver, and Environmental Protection Minister Amir Peretz joined some 60 Knesset members, 24 Holocaust survivors and their families, as well as 250 prominent public figures, including Shapira, Supreme Court Justice Elyakim Rubinstein and Yad Vashem Chairman Avner Shalev on the trip to Poland, where they took part in several memorial ceremonies.
The group was led by Herzog and coalition head Yariv Levin. Knesset Speaker Yuli Edelstein, who was supposed to head the delegation, was unable to travel due to the death of his wife on Friday.
Link
Publié par jkkljkljkljkl à 9:55 AM