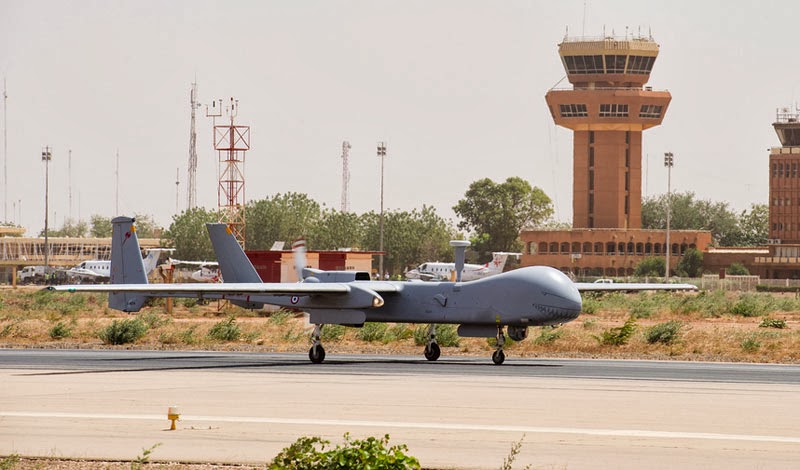 International media sources have reported recently that Royal Moroccan Air Force (RMAF) has acquired the three ‘Harfang’ unmanned aerial systems retired by the French Air Force after several years of service in Afghanistan. Harfang which deployed with the ‘Armee de’Lair’ in 2008 was delivered by EADS (Now Airbus Defense & Space), under the Eagle I cooperative development with Israel Aerospace Industries.


The drone was based on the Israeli IAI/Malat Heron-I system. Morocco and France have long established military cooperation, although in recent years Rabat has aligned closer to the US, procuring a range of new military systems, including F-16C/D Block 52 jet fighters, along with the latest air/air and air/ground weaponry, M-1A1 Main Battle Tanks and, as reported above, the Predator drones.

Morocco is regarded an important stronghold in West Africa, in the effort to push al-Qaeda in the Magreb (AQIM) from its power bases in the Sahara. To combat irregular forces in the Sahara, Morocco has developed a significant reconnaissance and strike force, in which drones are becoming an important part. The agreement to transfer drones to Morocco is therefore a manifest to the level of support the country has among major powers.

According to media sources, the transfer of the Harfang to the Royal Moroccan Air Force was sealed in the spring of 2013. The three drones that remained in French service were transferred with their EO payloads, datalinks and satellite communications, part of which was integrated in France by EADS. In addition to the three Herons, the RMAF also operates four General Atomics Predator XP drones, believed to have been supplied directly from the USA. According to some sources, Morocco could receive additional drones sustaining the operation of the three systems acquired under the tripartite deal.
Link
Publié par jkkljkljkljkl à 8:23 AM