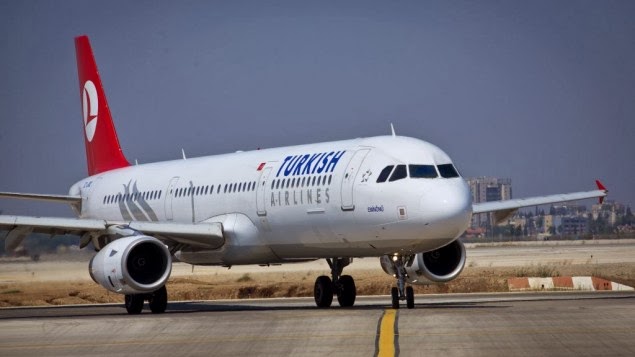 Turkey has essentially barred Israeli airlines, thus monopolizing the highly lucrative route between Israel and Turkey, but Israel is doing nothing about it for fear of exacerbating its already frayed diplomatic relations with Ankara, The Times of Israel has established.

Air traffic between the two countries has actually soared by over 150 percent since the 2010 Gaza flotilla episode that sent bilateral ties hurtling into the abyss. But only Turkey is benefiting from the increase: The total number of Turkish airline flights out of Ben Gurion each week has reached a staggering 112. The total number of Israeli airline flights on the route: zero.

For reasons Jerusalem blames squarely on Ankara, Israeli airlines have been unable to fly to any destinations in Turkey since 2007, and are locked out of the market. Israeli officials are deeply unhappy about what they consider an unfair situation in which the Turks have found a cash cow in Israel, but maneuvered in order to leave Israel’s airlines with nothing.

Turkish Airlines now operates more flights out of Tel Aviv’s Ben Gurion Airport than any other airline except for Israel’s national carrier El Al. The Turkish state-owned company currently operates no fewer than 53 weekly flights from Tel Aviv to Istanbul, according to its regional marketing manager Selin Stella Rattan. Pegasus Airlines and other Turkish charter companies together offer an additional 59 weekly flights connecting the two countries, bringing the total number of Turkish flights out of Ben Gurion to a staggering 112.


This constitutes a 166% increase on 2010, when the total weekly number of Turkish airline flights from Tel Aviv stood at 42.
This year, the number of passengers who flew from Israel to Turkey climbed by 63%, from 526,469 to 856,982, according to Israel Airports Authority figures. From there, many of the passengers travel on to destinations worldwide.
Until 2007, Israeli companies operated about 30 weekly flights to and from Turkey. But starting that year, Turkish authorities ceased accommodating Israel’s security requirements, effectively barring Israeli companies from landing in Turkey. Israel’s security agencies have higher security requirements than other countries’ regarding the operation of flights. Officials in Jerusalem refused to specify Israel’s security demands on record, but in private conversations squarely blame Turkish authorities for deliberately making the Israelis’ lives more difficult. 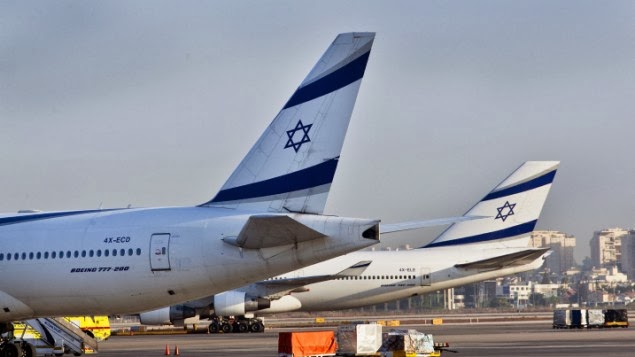 The Turks refuse to allow Israel security personnel “to perform the security checks on passengers boarding flights to Israel,” according to Flightglobal.com, a leading website covering the aviation and aerospace industries. “It is not the first time that a country has been uncomfortable with the presence of armed Israeli security personnel in its airports. Russia and Denmark have taken a similar stance in the past, but eventually agreed to lift the restrictions.”
Because of the strained relationship between Turkey and Israel, Jerusalem has so far refused to raise the issue in high-level talks with Ankara. But El Al CEO Eliezer Shkedi, fuming about what he says is an inherently unfair state of affairs, last week wrote an angry letter to Prime Minister Benjamin Netanyahu, decrying “the unfathomable and incomprehensible situation relating to Turkey in general and Turkish and Israeli airlines in specific.”
Citing a Turkish “refusal” to operate Israeli flights, Shkedi attacked “the State of Israel’s incomprehensible support for the international expansion of Turkish airlines at the expense of Israeli airlines that are prevented from flying.”
In his October 22 letter, Shkedi lamented the government’s unwillingness to act on behalf of Israeli companies. As long as Israeli planes cannot land in Turkey, Shkedi wrote to Netanyahu, Turkish planes should be barred from Israel as well. “This is the minimum required of a country that respects itself, yet it is not happening.”
In his letter to Netanyahu, El Al’s Shkedi spoke of a “refusal” to let Israeli planes land in Turkey, “for different and strange reasons. We’re simply being prevented from flying to Turkey.”
Jerusalem needs to rectify the current situation, which allows Turkish companies to operate 112 weekly flights out of Israel, while the Turks do not allow even one Israeli plane to land in their country, he wrote. “I ask you to clearly and unequivocally prompt the relevant parties to work toward allowing Israeli airlines to compete. A solution should be demanded as a condition to continue Turkish flights to Israel, and any increase in frequencies should immediately be stopped until an appropriate solution is found.”
Link
Publié par jkkljkljkljkl à 6:33 PM