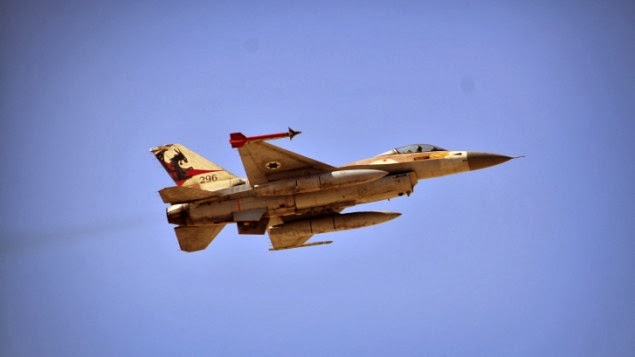 Israel scrambled jets to its northern border with Syria on Friday, after Syrian fighter planes and a helicopter were spotted in the area.

The Syrian aircraft were apparently firing on rebel positions near the border, according to Channel 2 News. They came within a few hundred meters of the Israeli border, the TV report said.


Syria’s planes pulled back after spotting the Israelis, reported Haaretz.
There was no direct contact between the two countries’ aircraft.
An Israeli military source said that Syrian activity in the area was not uncommon, but that an alert was raised when multiple planes were detected within a few hours, according to the report. It is very rare for Israel to scramble its jets in this way.
Channel 2 reported that Syrian planes have operated close to the border in the past, during the civil war, but that Syria has warned Israel in advance via the UN that they would be operating in the area. On this occasion, there was no such advance warning.
Link