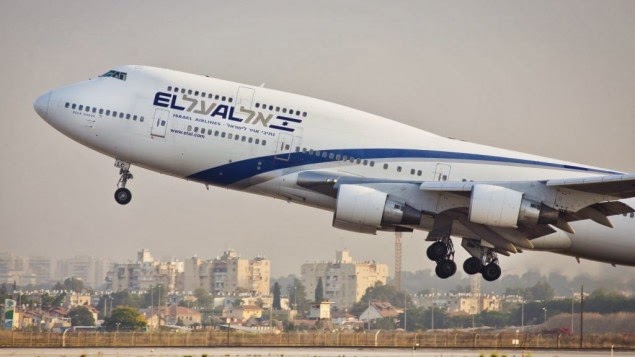 A passenger on an El Al flight from Los Angeles to Tel Aviv died en route.

Passengers said the Thursday flight suffered a three-hour delay and that the man fainted as they waited at the LA terminal, Yedioth Ahronoth reported Sunday. He was examined by medical personnel who advised him to skip the flight, but he insisted on traveling and was allowed to board the plane.

Witnesses said the man fainted several more times throughout the flight but maintained that he was fine, saying he was a doctor. Several hours in, as the plane was crossing over Europe, the man’s situation deteriorated. He lost consciousness and did not respond to resuscitation attempts. He was declared dead shortly thereafter.


“He was moved to the stewards’ cabin, where resuscitation was (attempted), but it was unsuccessful,” one passenger told Yedioth. “It was three-and-a-half hours before we reached Israel. He sat pretty close to me, and there was a woman with him who was with him in the cabin afterwards.”
Another woman said passengers behaved in an orderly manner and allowed the crew to do their jobs.
El Al would not comment on the event, saying it does not give statements on issues related to passenger privacy.
Link
Publié par jkkljkljkljkl à 6:55 PM