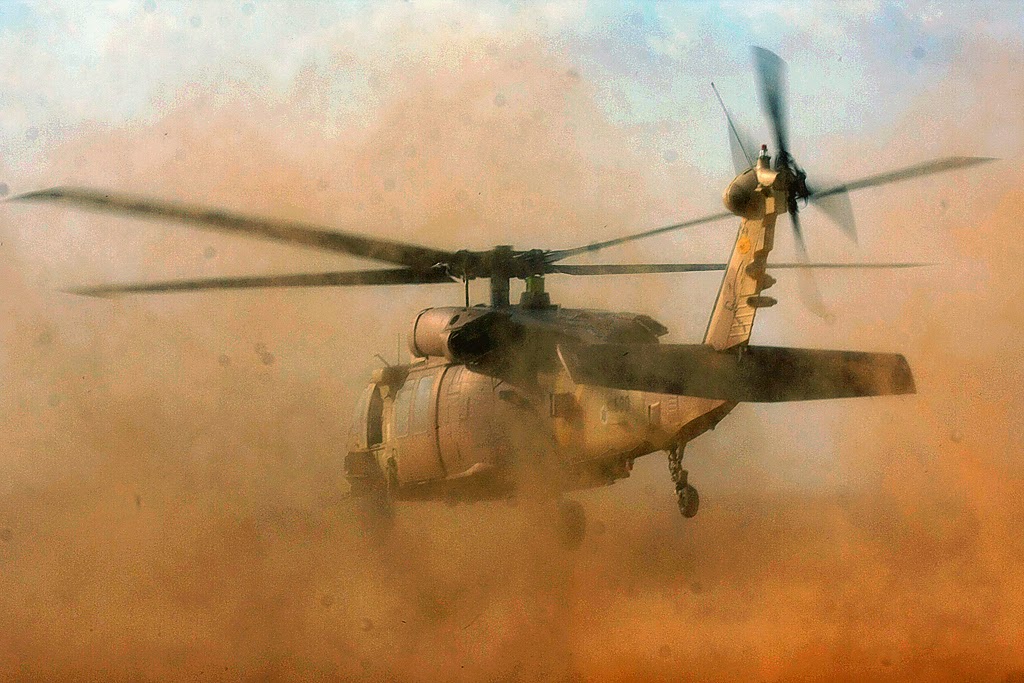 A Blackhawk army helicopter was forced to make an emergency landing Tuesday in Palestinian territory following a serious technical failure, the IDF said Wednesday. The chopper landed south of the West Bank city of Hebron.


The Blackhawk was on routine duty when a malfunction occurred in one of its engines, forcing a quick descent.
Due to the sensitive location of the landing site, the military quickly sent a team of technicians to the scene as well as additional soldiers to guard the perimeter and repel any potentially hostile crowds.
There were no casualties in the incident, the army said. The malfunction had not been fixed as of Wednesday and the chopper was still grounded.
On Monday an Israel Air Force training accident was averted, after the pilot of a fighter jet suffered a bout of vertigo in-flight.
The navigator of the F-16 Sufa plane took over the controls until the pilot regained his composure and landed the aircraft, according to Israel Radio.
The IAF launched an investigation into the incident, which occurred over the Mediterranean Sea
Link
Publié par jkkljkljkljkl à 6:47 PM