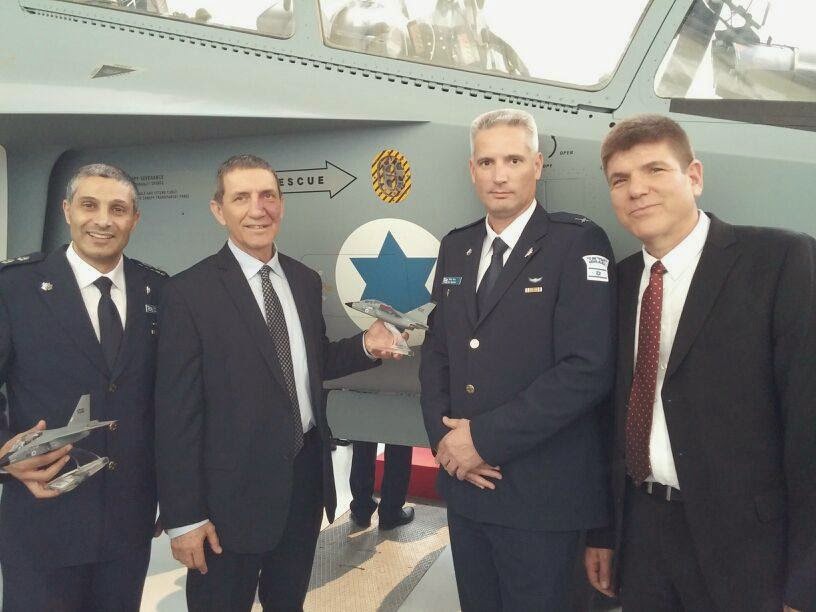 The Israel Air Force showed off its new cutting-edge training aircraft, the M-346, on Thursday.


The plane underwent a successful test flight, and was presented at a ceremony in Italy by provider Alenia Aermacchi. Officials from the Defense Ministry brokered theUSD $1 billion dollar deal to purchase 30 jets from the Italian manufacturer in July 2012, and on Thursday representatives from the ministry and the IAF attended the event.

The first two jets are expected to arrive in Israel over the summer, and the remaining aircraft will gradually be shipped over the next two years .
The new aircraft are slated to replace the Skyhawk jets presently used for training new inductees.
In a throwback to the line of Israel Aircraft Industries fighter planes that were discontinued in the 1980s due to financial constraints and international pressure, the new jets will be named “Lavi.”


“The Lavi plane represents a leap forward in training future pilots, and will prepare them for the next generation of combat planes in the air force,” Brigadier General (Res.) Shmuel Zucker said. “The Defense Ministry will act to accelerate as much as possible the delivery of the planes, in order to replace the old Skyhawk jets, that have been in use for over 40 years in air force training, and to improve the safety of the recruits.”
In exchange for the billion dollar deal, Italy has agreed to purchase spy satellites and airborne surveillance technologies from Israel’s Elbit Systems Ltd. and Rafael Advanced Defense Systems, at roughly the same price.
Link
Publié par jkkljkljkljkl à 8:51 PM